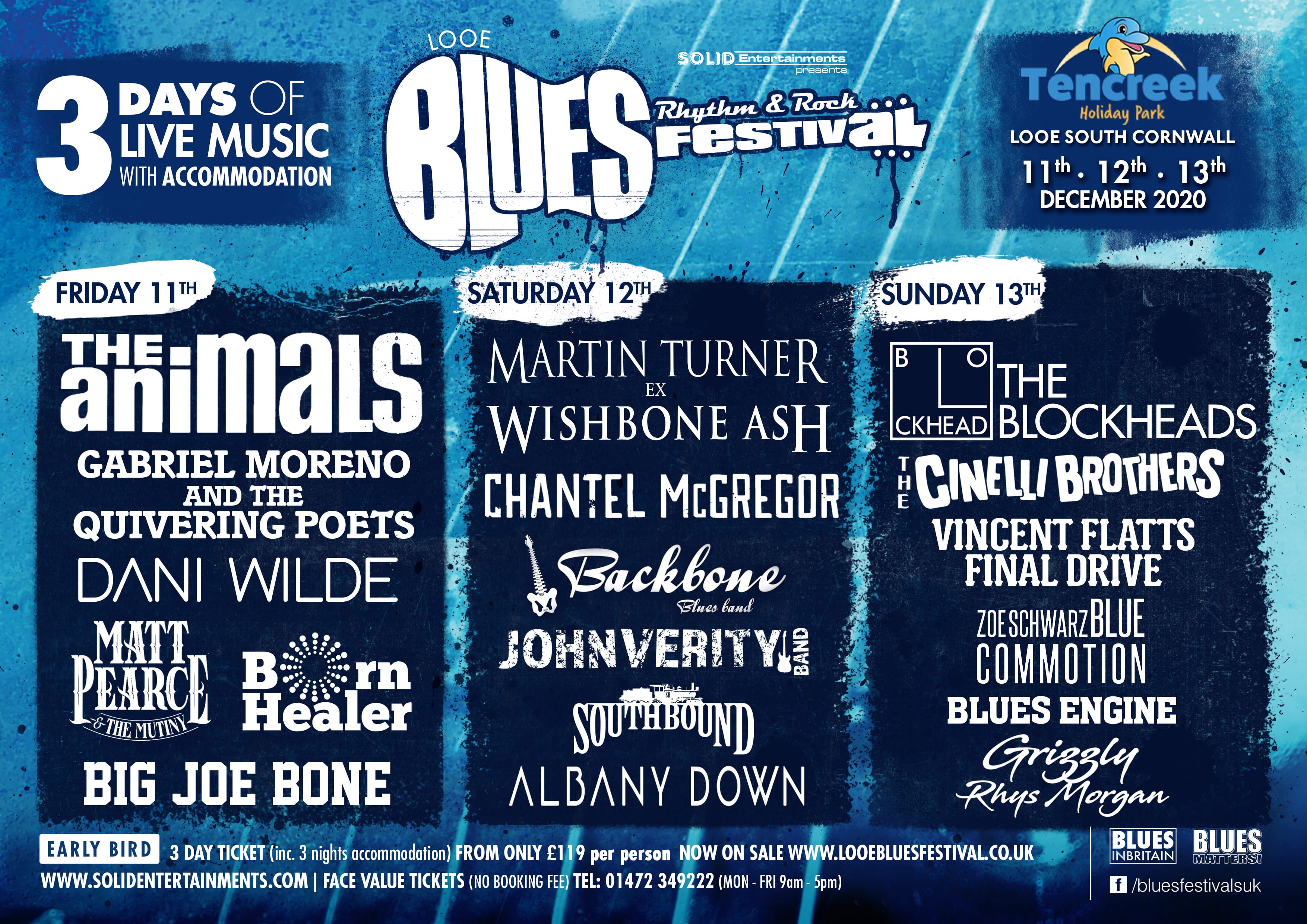 ‘House of The Rising Sun’… ‘We Gotta Get Out Of This Place’….’Don’t Let Me Be Misunderstood’ and ‘Boom Boom’ (as featured in the James Bond movie, ‘Skyfall’).

Starting out as the band behind Ian Dury, the Blockheads are a legendary outfit that has grown in stature from the early days of the Stiff tour in 1977, right up to the present day. Backing up Ian Dury’s poetic lyrics, this is the band that brought you ‘Hit Me with your Rhythm Stick’, ‘What A Waste’, ‘Reasons to be Cheerful (Part 3)’, and ‘Sex & Drugs & Rock & Roll’, among many others.

Wishbone Ash was formed by West Country musicians Martin Turner and Steve Upton, who arrived in London in 1969 to embark on their musical journey.