Cornwall has stunning beaches and beautiful coastlines that now attract thousands of people to the picturesque county every year. This same wild landscape has led to the county being a hotbed for shipwrecks and smuggling, which has led to tales of ghosts and other paranormal activity!

In addition, the fact that Cornwall is surrounded by myths and legends has attracted holidaymakers to the county for years too, such as the legendary Beast of Bodmin Moor, who murders sheep and other livestock, and the myth that the ghost of Merlin lives in a cave beneath the castle in Tintagel.

With this in mind, we have made a list of the most haunted places in Cornwall as well as other Cornish attractions that are putting on some great events over the Halloween period. 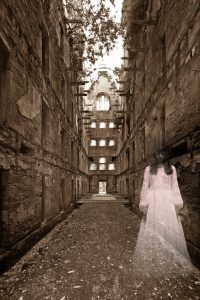 Firstly, Bodmin Jail is a great place to visit for people on autumn holidays in Looe and other parts of the county as it is one of the top attractions in Cornwall. Secondly, it just so happens to be one of the spookiest places in the county too.

The jail dates back to 1779 and has records of over 55 executions taking place during its time and is widely regarded as being one of the most haunted public venues in Cornwall. In fact, Bodmin Jail has its own resident medium and he conducts two events each month.

The Museum of Witchcraft is in Boscastle and is a hugely popular attraction within the pretty coastal village.

The museum is home to the world’s largest collection of witchcraft memorabilia and artefacts and is a great history lesson for both adults and children.

The Museum of Witchcraft has previously won awards from Lonely Planet and TripAdvisor and is highly praised for its unrivalled collection and exhibitions, which includes wooden figures, dolls and lots, lots more. 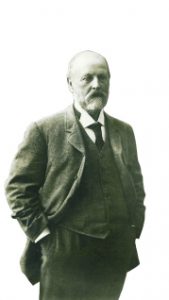 St. Austell Brewery is famed for brewing fine ales and award-winning cask and bottled ales such as Tribute.

But the brewery itself is believed to be haunted by the ghost of its founder, Walter Hicks. Tales about wafts of cigar smoke drifting from the brew house late at night and footsteps coming down stairs are common stories.

Visitors can take a tour of the brewery and have a drink in the Hicks Bar, where you may be able to feel the presence of Mr Hicks himself!

Cornwall’s castles are always a popular stop-off for visitors down on holiday, and one of the most well-known castles in the county is Pengersick Castle.

Within easy commute for people across the county, including for holidaymakers staying in family Polperro holiday homes, the castle has a reputation as being the most haunted location in the whole of the UK.

The castle has featured on many TV programmes and in books and other forms of media as a result of its reputation, and Pengersick Castle is so renowned that The Paranormal Research Organisation and British Ghost Club Society have all conducted research at the castle.

If you are brave enough to want to explore the castle then check out the number of ghost walks that are available from Ghost Hunting Cornwall. 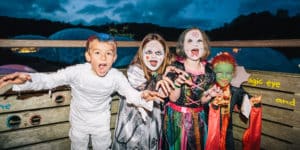 You may not think the Eden Project is scary, but come October half-term the popular attraction will host ‘Halloweden’, a large Halloween event.

If you dare to be scared then Halloweden is the right place for you. The event will host activities such as Meet the Witch, a Room on the Broom themed event, a witches’ hat making workshop, a head-dress making workshop, a wish craft tent, positive potion workshops, ice skating, wand making sessions, pumpkin carving demonstrations, a creatures of the night exhibition and much, much more. 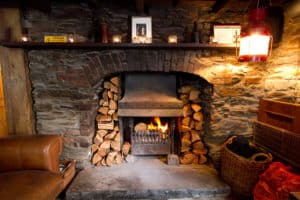 It is said that The Ship Inn has a guardian angel in the ghost of former landlady Lil Barron. A photograph of the landlady had been placed above the bar for years and years until it mysteriously vanished one day in 2012. After that the pub flooded regularly until the photograph was found and reinstated to its former home.

Since the photograph was returned, the Ship Inn has not been flooded and was unscathed during three floods that left the rest of the village underwater.

Visitors to The Crow’s Nest have, in the past, seen four different ghosts sighted at the pub on the edge of Bodmin Moor.

These sightings have included the spirit ‘Eddie’, which is believed to be the ghost of the former landlord Edward Charles Murch, who had been in charge in the early 1900s and died behind the bar at the age of 72. The inn is also known for its spooky clock – it runs 10 minutes fast.

More mystery happened when the new landlady, on only her second day, saw a pint of ale fly off the bar and onto the floor without any human intervention!

Another pub, The Crown Inn in St Ewe, is also believed to be haunted by its former landlord, Norman Jeffery.

Although he has never been directly sighted, he has apparently made his presence known in other ways, such as with sudden drops in temperature at the table nearest to the fireplace. The resident ghost has also been detected on cameras and mobile phones, even apparently feeding the ghostly outline of a dog in one instance. Now that is scary!

The famous Jamaica Inn is arguably Cornwall’s most famous smugglers inn and was immortalised in Daphne du Maurier’s tales of smugglers, pirates and rogues.

The inn has long been associated with ghosts, with many guests reporting strange incidents, but Jamaica Inn actually featured in the TV programme Most Haunted and producers said it was one of their spookiest episodes ever recorded after filming.