Most people who have visited Cornwall will already be aware of its rich mining heritage – a unique industrial legacy which once contributed to the county being one of the most profitable centres of enterprise in the whole world.

However, how many of us who live or spend our holidays in the Duchy actually take the time to truly ‘dig’ into the amazing locations which were the settings for this once-vital activity, and the range of modern-day attractions which help pay tribute to it?

In this guide, we will introduce you to a handful of the finest mining-related attractions that can be experienced when you next visit Cornwall, as well as some of the more unusual ways in which you can explore the region’s most important historical industry. 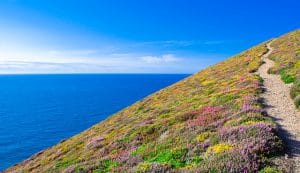 We are all familiar with the National Trust, of course, and know that the organisation is dedicated to preserving some of the UK’s most beautiful and historically significant locations.

Whilst we often associate their conservation work with grand country houses and pristine woodland, however, it is important that we also note the substantial contribution the National Trust makes towards educating visitors to Cornwall about the county’s mining heritage, as well as how they help to keep the former mining sites they manage in such excellent condition.

We were delighted to speak with a representative from the trust, who told us more about three of their most popular mining-related sites in the county and what visitors can look forward to seeing when they spend a day at each of them. 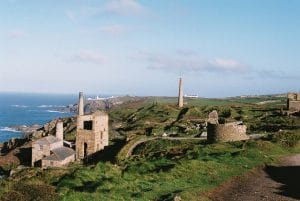 Levant Mine and Beam Engine

“Levant Mine sits high-up on the exposed cliffs of the ‘Tin Coast’ – part of the Cornish Mining World Heritage Site. Copper and tin were mined here for generations, and the mine workings of Levant extend over a mile out under the sea bed.

“In Levant’s first 20 years of business, £170,000 was made from mining copper. New technology was introduced to streamline production, including the now-infamous man engine which carried the mine workers many fathoms up and down the mine, to and from work each day. In 1919, the man engine suffered a disastrous failure when a link between the rod and the engine snapped, killing 31 men. Levant experienced a steady decline and in 1930 the mine closed.

“Now the heart of the site is the 1840s beam engine, lovingly restored in the early 1990s by the ‘Greasy Gang’ National Trust volunteers. Today, the engine can be seen in action on selected days – the last beam engine of its kind to work under steam in its original engine house.” 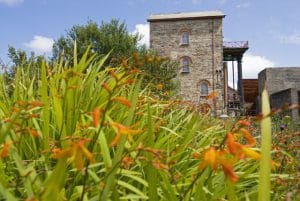 East Pool Mine at Pool, near Redruth, Cornwall. The mines and engine houses were part of the tin, copper and china clay mining operations of the mid-nineteenth century in Cornwall.

“These two great beam engines were originally powered by high-pressure steam boilers introduced by local inventor and mining engineer Richard Trevithick. Preserved in their towering engine houses, they are a reminder of Cornwall’s days as a world-famous centre of industry, engineering and innovation. On a visit you can take a look at the mining models, watch a short film on Cornwall’s mining story, see some of the engineering works in action such as the old Whim (wheel) at Mitchell’s Engine House, and plenty more besides.” Find out more here. 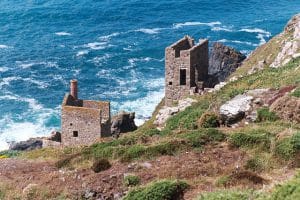 “Part of the Cornish Mining World Heritage Site, and the filming location for Wheal Leisure in BBC’s Poldark, Botallack Mine is one of Cornwall’s most famous and most photographed historic mining sites. Here the iconic Crowns engine houses cling to the foot of the cliffs, in a landscape transformed by its industrial past. In Botallack’s heyday around 500 men, women and children were employed by the mine, and the site even attracted some famous visitors. The Prince and Princess of Wales descended a new shaft in 1865 to inaugurate the new section of the mine, and Botallack soon became a popular tourist destination for those wishing to follow in their footsteps.

“Between opening and decommission, Botallack Mine produced roughly 14,500 tonnes of tin, 20,000 tonnes of copper and 1,500 tonnes of refined arsenic. It finally closed its doors in 1895 due to rapidly falling copper and tin prices.” 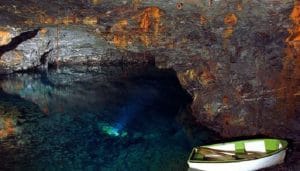 If you are looking for a family day out with a difference, meanwhile, you will not go far wrong with a visit to the fascinating Carnglaze Caverns, which can be found near the village of St Neot between Liskeard and Bodmin.

Carnglaze, a unique, family-run attraction which opened to the public in 2001, is on the site of Cornwall’s only slate mine and allows visitors to get closer to its working history than they may have thought possible.

Through largely self-guided underground tours (available all-year round), visitors will be treated to an experience that will be both educational and inspirational. As well as learning about the historically significant site’s past, guests will also be amazed by its three vast chambers and, in particular, the stunning blue-green underground lake which awaits them at the bottom of a flight of 60 stairs.

Carnglaze’s highlights aren’t only to be found underground, however, with a beautiful woodland walk through the immaculately maintained gardens perfect for if you need a breath of fresh air after emerging from the caverns! A round walk of roughly 25 minutes will take you through the aptly-named Enchanted Dell and Quarry Wood, where you will see an incredible four acres of bluebells should you visit during the spring.

If you are local to the area, you may also be interested to know that Canglaze often serves as a fantastic concert venue and is even licensed to hold weddings in four locations around the site – imagine how amazing your pictures would look taken next to the underground lake! 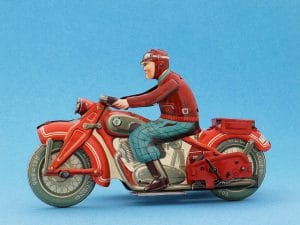 For those looking for a truly educational experience, Liskeard Museum is the perfect choice for learning more about many different aspects of Cornwall’s illustrious mining past.

The museum, conveniently located in the town centre, is open from the middle of February until the end of October, and provides a day out for the whole family which will prove as informative as it is fun.

We spoke to the team at the museum, who told us a little more about what visitors can expect to find there on their next trip:

“Liskeard Museum offers visitors a chance to explore the story of mining and minerals in this lovely area of Cornwall.

“Get close up views of some amazing minerals, which we have on loan from the Camborne School of Mines, using our interactive display, the Enlightened Eye. You can follow the journey of tin, silver and copper from the ground to their use in everyday tools and objects.

“Did you know toys were once made from tin? The museum also holds the largest collection of tin toys in the region. We also have an excellent exhibition on local people and trades and research facilities for those interested in finding our more about their families.

“A museum with something for everyone!”

You can stay up to date with all the latest exhibitions at the museum – which offers free entry to all and lift access to every floor – by following their Facebook and Twitter pages, or by visiting their website. 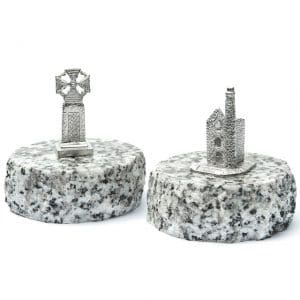 Finally, we could not talk about mining in Cornwall without mentioning one of the most interesting projects currently being undertaken in the county.

Based at the disused tin mine of Wheal Jane in West Cornwall, the South Crofty Collection offers anyone who has fallen in love with the county’s mining heritage the chance to take a real piece of it home with them.

The team behind the collection told us how the idea of using genuine Cornish tin for jewellery and other products came about, and why purchasing an item or two may also prove an excellent investment in years to come!

“The South Crofty Collection began life 15 years ago when both Wheal Jane and South Crofty Mines were still operational. With both mines in full production and a large workforce employed for a period of time at least, the industry which had most shaped Cornwall was flourishing. However, with the material being produced only partly processed in Cornwall and the tin recovered at smelting plants overseas, actually obtaining a piece of Cornish tin was nigh on impossible.

“After some work in the company’s laboratories it was established that the tin concentrate could be smelted on site on a small scale to provide the raw Cornish tin. In conjunction with local craftsmen who, in turn, developed the special skills necessary to cast pure tin, the basis was laid for the production of items of jewellery and giftware for the first time in pure Cornish tin.

“The collection began with just two designs, an ingot and a Celtic cross, and the project was an instant success. Over the intervening years the range has grown to over 150 items of primarily jewellery but, more latterly, items of giftware also.

“The processes of smelting and production have been continuously refined and this has enabled us to produce ever more interesting and intricate designs.

“Although the only ones with access to the South Crofty tin concentrate, one day it will run out – and then who knows what the value of the collection will be?”

As you can see, there are plenty of mining-related options for you to consider when you next enjoy a break at a Cornish holiday park, whether you want to really get to grips with the county’s fascinating industrial history or simply experience a relaxing day out in a beautiful setting.

So, whatever you are coming to Cornwall for, don’t forget to refer back to our guide whenever you need some inspiration and get ready to start exploring! 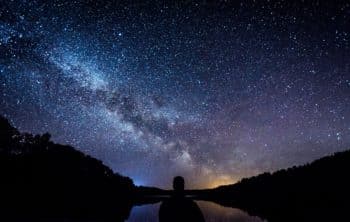 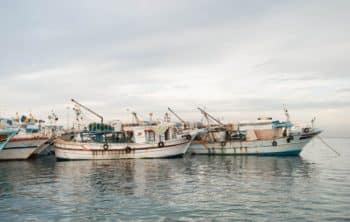 Most beautiful harbourside towns in Cornwall 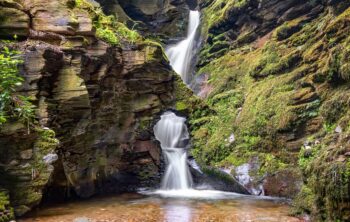 Unique and unusual attractions in Cornwall