The southwest; it doesn’t get any better when it comes to embracing the countryside and the best of British wildlife. This little corner of the world is as replete with life as it is beautiful to look at. Cornwall in particular is no different, in fact it is rather exceptional.

“Cornwall is increasingly becoming known for its marine wildlife watching, with the far west producing the most reliable sightings” – Marine Discovery.

From cliffs to bays, farmlands to moors, Cornwall is a treasure trove, a visual feast for the eye, but its coast and burgeoning sea may be its finest feature of all. No holiday in Cornwall would be complete without a trip to the ocean, and whether admiring a resting seal with your feet firmly on land or out in the big blue itself gazing at dolphins, in Cornwall’s many hotspots you won’t lack for wildlife gazing. But with so many options you’ll want to make sure to head to the hottest locations. So here are the top dolphin and sea-watching spots in Cornwall.

Located – as you may have guessed – where the land of the country ends and meets the sea, West Cornwall’s Land’s End is a verified sea spotting hive. With its incredible ocean views, this area is not only rich with regards to its ocean population, but is also spectacular to look at. You could be looking down from the cliffs above with a pair of binoculars or out on the water itself — dolphins, basking sharks, seals and more can all be found here.

Marine Discovery are experts in sea-watching and wildlife spotting, offering fantastic tours of these waters for the best chance to catch a look at something exciting.

Also collecting a large amount of scientific data, they have had great success in these waters and have said “Given that Mount’s Bay and Land’s End is such a cross roads geographically, we have seen Arctic species here (a bowhead whale) and subtropical visitors too (dwarf sperm whales). Occasionally giants such as humpback and fin whales are spotted. This is along with large numbers of feeding seabirds such as gannets and Manx shearwaters, and also the critically endangered Balearic shearwater”.

Land’s End is a pretty wonderful spot to visit and even better with a company such as Marine Discovery.

If you don’t fancy charting a boat however, you can always tread the South West costal path and enjoy the sites with firm ground beneath you.

Being a magnet for all kinds of sea life; while on holiday in Looe one should absolutely take the short twenty minute trip to Looe Island. Home to a nature reserve, all kinds of interesting residents can be found here.

The Cornish Wildlife Trust, an important organisation that protects and conserves Cornwall’s wildlife, manage the island’s nature reserve. Abby Crosby, a representative of the trust, had this to say:

“Looe Island, the jewel in the Trusts Living Seas crown, supports a plethora of marine habitats from underwater seagrass beds to coastal nesting sea bird sites. Due to its incredibly rich marine environment, many species of sea life can be seen around the Island, from its hauled out Atlantic Grey Seals population to offshore porpoises and dolphins which are regularly seen passing by the back of the Island on their way further west”.

The seals can be seen from the island itself, and the Trust use the island in order to learn about these fascinating creatures. As seals are Britain’s largest land mammal, a visit to Looe Island is pretty essential while in the area.

This fantastic location in the southern part of the county — offering views of Falmouth Bay and scenic walks towards Plymouth if so desired — easily earns its place on this list as a Cornish sea spotting destination.

It’s not just sharks, seals and that always pleasurable sight of a majestic dolphin that Pendennis Point offers, but wonderful sea bird watching opportunities are thrown into the mix, providing quite the site during your outdoor adventure.

While Pendennis Point lacks the cliff views of other available areas, the ease of access that this spot provides more than makes up for it, especially for those that prefer flatter ground. The variety of life here really is something to look out for.

Going back west again toward Land’s End and just away from Penzance, the little coastal village of Porthcurno is a lovely settlement to stop off at and partake in some wildlife gazing in its luscious turquoise waters.

Porthcurno is even better when striking out at sea with Marine Discovery – offering boat tours too many great locations — the surrounding waters are pleasurable on the eye and contain a variety of sea dwelling inhabitants.

As an alternative to the local dolphins, harbour porpoises and ocean sunfish also grace the area. This really can be a relaxing and tranquil experience and one that is worth exploring for yourself.

The gorgeous and wide rivers of Fal and Helford are spots that must be recognised when discussing any subject such as this one. Not only are these rivers ripe with life such as water birds, deer and accompanying dolphins, but Fal and Helford are such precious locations that they are designated as special areas of conservation.

This is all done to protect its wonderful marine life in the shallow bays, mudflats and sandy banks. Exploring these waters with experts like AK Wildlife Cruises, who have navigated the waterways for many years, can be an incredibly enjoyable and leisurely way to soak up Cornwall’s wildlife.

Where there is such plentiful wildlife as Cornwall contains, naturally those with a keen eye will look to capture its beauty, providing us all with wonderful glimpses at life in the wild. Billy Heaney is one such photographer, and has compiled quite the collection of imagery. To get a taste of the best wildlife Cornwall has to offer, make sure to check out his photographs, some of which are featured in this article.

Falmouth Bay itself may well be the very best place to visit when in pursuit of sea-watching and in particular dolphin spotting. According to AK Wildlife Cruises (the very first accredited wildlife cruise operator in Cornwall) who run cruises throughout the year, Falmouth Bay is “a top location for anyone interested in Dolphin or Sea Watching”.

Its deep waters, productive inshore reefs, and the nearby estuaries discharging their tides into the bay, make this area of Falmouth a “very rich, productive and incredibly diverse environment throughout the whole twelve months of the year”.

The fabulous and diverse wildlife can all happily be seen from the shoreline, but venturing out in the water is an absolute must.

AK Wildlife Cruises have spotted over five thousand finned wonders alone in these parts but here are just a few of the incredible members of the Falmouth Bay community that can be seen:

The list really goes on and on and you won’t be able to do any better than a trip to Falmouth Bay to indulge all your sea-watching and wildlife spotting desires. 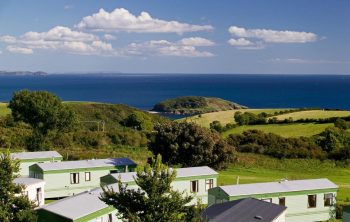 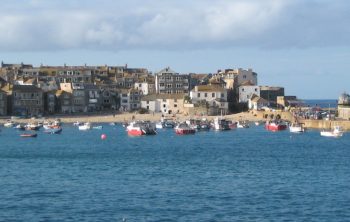 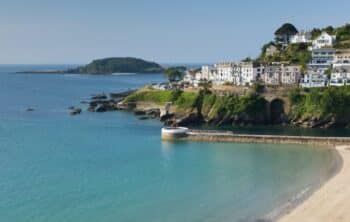 What makes Cornwall perfect for a future staycation?