Poldark has gathered steam since it strolled across our screens in 2015. The latest retelling of Winston Graham’s series that was first published in 1945, features Aidan Turner whose brooding perfectly matches the dramatic Cornish countryside as we all root for the ultimate underdog.

The series does much to showcase some of Cornwall’s finest features, cerulean seas glitter off pristine beaches and lure us all to a Cornish bliss. What better way to indulge in a week of your own Poldark getaway than by staying at a Cornwall Holiday Park and visiting some of the most beautiful locations from the series?

This Grade II harbour features as Truro in the series with very little dressing or distressing to make it seem authentic. The village historically subsisted off the same employment as many of Poldark’s Cornwall, notably fishing and mining and was little more than an obscure fishing village before Charles Rashleigh built the harbour walls in 1791. 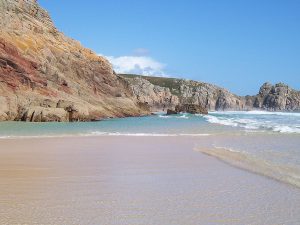 This idyllic beach is Nampara Cove in the series and regularly sees action, whether it is Ross venting his frustration on the golden sands or smuggling activity by moonlight. The cove has a history beyond the series as the home to an international submarine communications cable station. These cables were first landed in 1872 and stretched to India. Porthcurno is maintained by the National Trust, and they spoke to us about the tranquillity of the spot:
“Porthcurno is best-known for its dramatic coastal views across to Logan Rock on one side of the bay and the famous Minack Theatre on the opposite. The white sandy beaches and crystal clear waters are framed by the rugged high granite cliffs. This makes for one of the best places in Cornwall to go bird watching or to spot dolphins and basking sharks.” 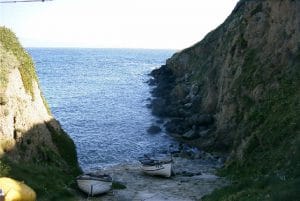 A perfectly picturesque inlet that does much to add to the quaintness of Poldark’s Cornwall, Porthgwarra was still put to a handful of uses as little as 20 years ago. Though privately owned, the public are welcomed along as they enjoy the respectfully. Swimming in the cove is glorious, though beyond the headland, dangerous currents hold sway. Also enjoyable is exploring the tunnels that riddle the hillside. One heading towards St Just was to allow famers access to the seaweed with their horse and carts, as they used it as a fertiliser. Other tunnels were prized for their ‘hulleys’ which were used to store shellfish prior to market. 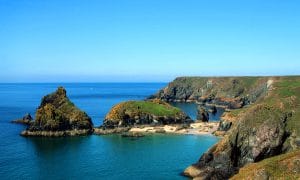 This corner of Cornwall encapsulates some of this coast’s best features, dramatic outcrops, clear blue sea and a swathe of beach, it perfectly captures not only the drama of Cornwall but of the Poldark series itself. This sweep of beach is often featured as part of Nampara land, but as one of Cornwall’s most famous beaches, it is a poorly kept secret. 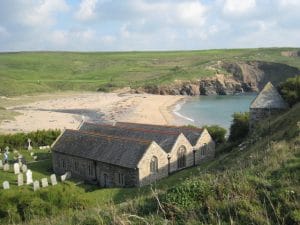 Church Cove combines the elemental aspects of Cornwall, with an expanse of untouched beach, embraced by vibrant green hills, with the sea nestling jewel-like at the centre of the scene. An Area of National Beauty, the parish is also notable for being the most southern parish on the British mainland. This beach was the scene of the dramatic late night shipwreck that was caused by smugglers, a common occurrence in that time. 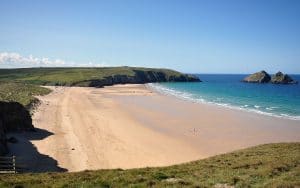 As its name suggests, Holywell was the site of a pilgrimage, especially for mothers with sickly children, though it is unclear which of the two wells lends the area its name. One of the springs is not on public land, though the other is in Holywell cave. Surrounded by a grotto-like structure, it is well worth seeking out during low tide.

No episode of Poldark would be complete without a moody gallop across moors beneath a darkened sky, like a Cornish Heathcliff. What better location than Bodmin moor, which has been inhabited since the Neolithic era and has collected its fair share of myths and legends among the imposing tors. While Dozmary pool may have once held the lady of the lake, who had Excalibur thrown to her in the Arthurian Tales, the Bodmin beast, a wildcat is also thought to stalk the moor. 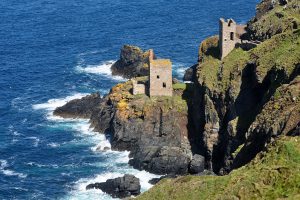 Wheal Leisure holds a place in the heart of all Poldark fans, and Botallack, where Wheal Leisure is filmed, is no different for the Cornish and everyone who visits it. Robert Harris is the author of the informative Roaring Water Journal and shares his enthusiasm for Botallack:
“I lived in Cornwall for 30 years and got to know the old mining sites very well. I also amassed a small collection of prints and photos which I have now passed on. The images of Botallack were always the most spectacular and you can just imagine the place when you look down on it from the cliffs today, with men, women and children labouring away, swathed in smoke and steam. Working conditions were generally appalling and wages were meagre. The working levels of that mine went far.” 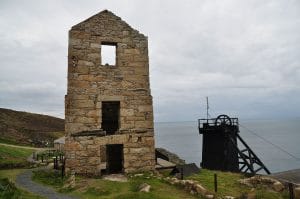 It is an easy walk between Botallack and Levant mine, however these two mines have very different things to offer. As often seen in Poldark, mining is a perilous occupation, and nowhere is this more apparent than in Levant mine, where 31 men died in 1919. As the mine reaches beneath the sea it was extremely hot, however today Levant Mine still offers a slice of history as it is the only Cornish Beam Engine still operated by steam on the original site. Brian Goodring, Editor of Steam Heritage shared his experience:

“I have visited Levant Mine in the past and have to say it is a fabulously evocative place! The setting on the cliff edge is dramatic and there are lots of other industrial ruins to see along the coastal path, though a working mine steam engine is unique in Cornwall (working by steam, that is!). This creates a special atmosphere in the engine house – the sounds and smells are great. There is a huge amount of industrial history there as well – as I say – along the coast to east or west. One of Cornwall’s hidden gems.” 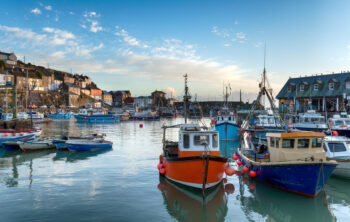 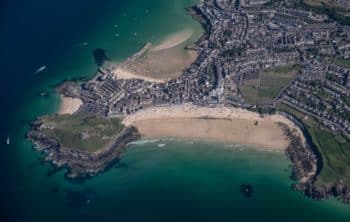 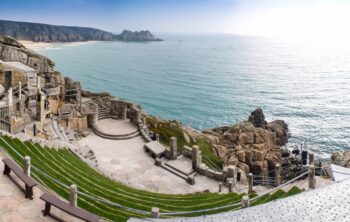 The best outdoor adventures in Cornwall